Shane has served as the Sr. Pastor of Christ Church in Fairview Heights, Illinois since 1997. With his strengths of vision casting, preaching, teaching, soul winning and leadership, Christ Church weekend worship attendance has increased under his leadership from 200 in 1997 to over 3,000 each week in 2021.  Christ Church, an independent congregation, has ten weekly worship services, three regional campuses and a significant on-line campus. Christ Church was recognized as one of the 100 fastest growing churches in the country in 2018 by Outreach Magazine. In 2010, he received the prestigious Distinguished Evangelist award from the Foundation for Evangelism for his work in sharing the good news of Jesus Christ.

Shane has traveled extensively around the world in pilgrimage, mission and ministry.  He is the author of four books, has been featured as a writer in various publications and has a single blog approaching 4,000,000 reads. He is the co-host of the podcast Navigating Change with Shane and Mike.

Shane resides in Trenton, Illinois with his wife of 39 years, Melissa and their “200 year old rescue dog.”  The couple has two adult children and four grandchildren. 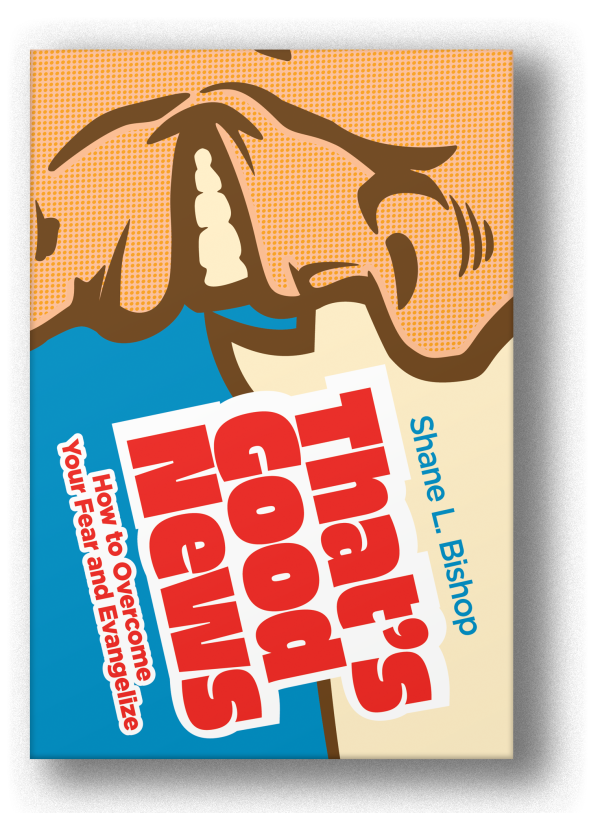 How to Overcome Your Fear and Evangelize

As a Christian, you know it’s important to share your faith, but you don’t know where to start. If you’re being honest, it’s a little scary, you’re not sure what to say, and you don’t know what it’s really supposed to look like (if you’re picturing a street preacher holding a huge sign, we’ve been there, done that, and promise there’s another way).

So, it gets put off for another day or left to the “radical few” – yep, probably the guys with the signs. It’s no wonder our culture is so confused and our churches are in decline.

But what if sharing your faith could be as simple as making cookies for your new neighbors or sharing a sermon on social media or inviting someone to church?

That’s Good News is a practical guide to evangelism for the everyday Christian who wants to join God in His work of inviting people to know Him. Through commentary on the parables of Jesus, humorous personal anecdotes from an evangelist who’s seen it all, inspiring stories, and practical tips for sharing your faith in a modern context, you will feel motivated and equipped to share your faith and recognize that God isn’t asking you to be perfect – He’s just asking you to show up.


You’ll walk away with:

That’s Good News will connect you back to the biblical reason why evangelism matters and why it’s for everyone: because God is a God of growth and expansion, and He works with even the smallest seeds of faith.