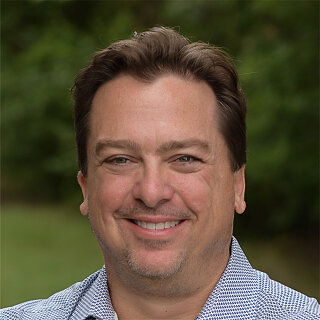 Len Wilson’s life mission is to use oral, written and visual communication with equal effectiveness in telling the story of Jesus Christ. He is a “master wordsmith and communicator,” “creative master,” “thought leader,” and according to one Fulbright scholar, “captures the future of language.”

As Invite Publisher, Len seeks to create a culture of ideation, where content makers have the opportunity to share their God-given gifts. In addition, Len is Director of Innovation and Strategy at St. Andrew United Methodist Church in Plano, Texas, a worshipping congregation of over 7000 active constituents. Prior to St. Andrew, Len was Creative and Communications Director at Peachtree Presbyterian Church in Atlanta, GA, the largest Presbyterian (PCUSA) congregation in America. Prior to Peachtree, Len was Senior Leadership Editor at Abingdon Press, the main imprint of the United Methodist Publishing House.

A pioneer in the use of visual media and storytelling in church life, Len first practiced his calling as a 24-year old Media Minister, leading the creative arts ministry of Ginghamsburg Church, one of the great stories of late 20th century United Methodism in America. From 1995 to 2000, he oversaw the growth of a fledgling volunteer ministry into a nationally recognized program of innovation and effectiveness during a period in which weekly church attendance tripled to over 4000. Working with a high-powered team of staff and volunteers, Len produced effective communication of deep theological concepts in ways that informed, inspired, and entertained.

Since 1996, he has led thousands of churches to more innovative ways of doing ministry through speaking, writing, coaching, and through two parachurch companies he co-founded and led. His second company, Midnight Oil Productions, served a client database of 20,000 churches. He has keynoted and led workshops at over 200 events including the National Worship Leader Conference, Worship Facilities Expo, the United Methodist Association of Communicators, Church of the Resurrection Leadership Institute, Festival of Homiletics, Disney Creativity Conference, National Association of Broadcasters, ShowBiz Expo, and many more. His professional experience has created exposure and friendships in a wide variety of church social locations, including the mainline worlds of United Methodism and Presbyterianism, the evangelical world, and the megachurch world. For five years, Len served as Adjunct Professor at Northwest Nazarene University and has been a guest lecturer in several seminaries and graduate schools. He is a friend and influencer of church leaders.

Len has written and co-written eleven books on church, creativity, and communication, including Greater Things: The Work of the New Creation, Think Like a Five Year Old: Reclaim Your Wonder and Create Great Things, Taking Flight with Creativity, and The Wired Church. He has written and been featured in dozens of articles and podcasts for major religious periodicals, and has maintained a professional blog since 2008. As a producer and director of dozens of short films, Len has won Silver and Bronze Telly Awards, and interned at CBS Television City in Hollywood, CA. Since 1996, Len has consulted and coached church staffs on creativity and communications throughout the United States. Len’s professional blog at lenwilson.us receives over 7000 unique visitors per month and he maintains an active, strong social network. His annual list of the fastest growing congregations is known throughout Methodism. Len has served as member and advisor to several denominational and parachurch boards and agencies.

Len has been married since 1991 and is father to four creative children. 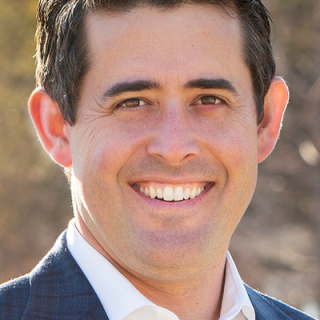 Arthur Jones is the Senior Pastor of St. Andrew United Methodist Church in Plano, Texas, and co-founder of Invite Resources. His passions involve preaching a real and practical faith, engaging people with the Bible and current issues that affect day-to-day life, and providing leadership and vision for the next phases of church life.

Arthur is a fifth-generation Methodist preacher who grew up in churches across North Texas. He is a graduate of the University of Kansas and Duke Divinity School, and also the co-author of Ask: Faith Questions in a Skeptical Age. Arthur is married to Becky. They are the parents of two children. 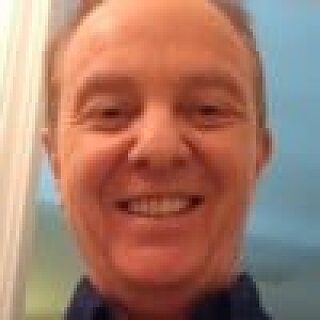 Stephen Graham-Ching joined the Invite team in May, 2020, and leads all Invite Press production. He has worked in the field of book sales, publishing and marketing for 30 years with Cokesbury and Abingdon Press. He enjoys helping publishers meet their goal of publishing quality resources, making them known to the public and connecting customers to what they are looking for to help them grow and enjoy a fulfilling life. He grew up near Johannesburg in South Africa and obtained a Bachelor of Theology degree at Rhodes University in Grahamstown, South Africa.  He and his spouse immigrated to the USA in 1985 where he studied at Perkins School of Theology and Southern Methodist University in Dallas, Texas, for a Master of Arts degree in religion, majoring in Biblical Studies. He has primarily worked with this subject matter throughout his career. His sales career focused on operating bookstores in seminaries across the country and supervising regular Cokesbury stores. He also facilitated sales at conferences, including UM Annual conferences and the American Academy of Religion/Society of Biblical Literature annual meetings. His work with Abingdon Press included business management and marketing.

Stephen and his wife live in Brentwood, Tennessee, and has been there long enough to see metro Nashville transition from a sleepy town to a bustling city. He dotes on their cats, Katherine Howard (Katie) and Anne of Cleaves (Annie), enjoys a great television program, reads many kinds of books, enjoys gardening and cooking (most of the time), and does his best to stay in shape. 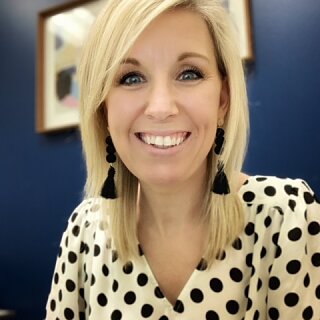 Tonnie joined the Invite team in August, 2021, and brings a career of managing children and families to the work of managing authors. She has worked in the United Methodist Church community for over 10 years and has gifts of administration, service, and getting stuff done. Tonnie is passionate about helping people and bringing life to everything she does. She enjoys the learning environment of publishing and has genuine love for teaching and serving others.

Tonnie grew up in Garland, Texas and has four beautiful children who keep her busy. They love being outside, exploring nature and when time allows going to the beach. She enjoys organizing, creating, and bringing her artistic side alive by making things beautiful. 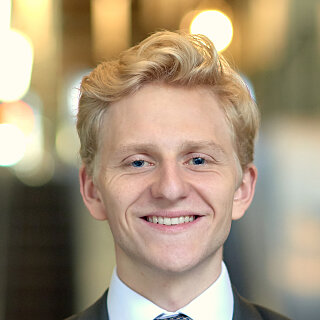 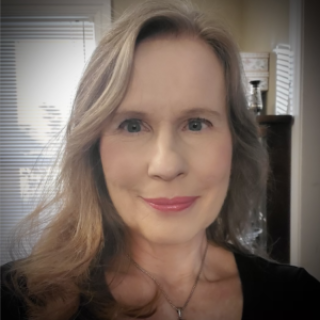 Dr. Lori Beth Wagner is an experienced book editor, ghost writer, author, and creative strategist. She works with both experienced and beginning authors to help them create manuscripts that resonate and sell.

A meticulous content editor, intuitive reader, and innovative thinker, Dr. Wagner helps non-fiction and fiction authors identify audiences, develop a unique and dynamic voice, create a solid structure and argumentation, and cultivate a style that will connect with targeted readers.

As a ghost writer, Dr. Wagner helps authors’ dreams and visions come alive in print. She works closely with authors to understand their goals, conceptualize their book, and establish the desired voice for whatever project they envision.

Dr. Wagner holds a BA degree in German and Religion from Lebanon Valley College, an English major and certification from Albright College, and a masters and PhD program in Germanic Languages and Literatures from the University of Pennsylvania. She also completed an MDiv from Drew University, and a DMin from Portland Seminary of George Fox University.

Dr. Wagner is a regularly featured weekly writer for sermons.com (for the last three years) and a former weekly writer and site/content manager for preachthestory.com (for five years prior). Her "Story Lectionary," a two-year metaphorical lectionary has been circulating internationally since 2015. She is the co-author of the fiction novel "The Seraph Seal" and the author of the book "Slant," due out in 2023.

Dr. Wagner lives in Pennsylvania but spends beloved time researching and writing in the Pacific Northwest or anywhere near the sea. 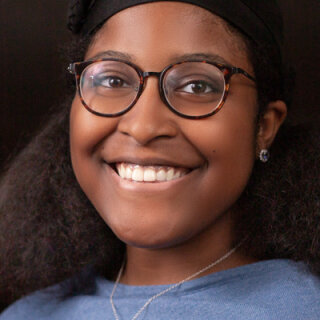 Gabrielle Kent is an undergraduate at the University of North Texas, where she is pursuing a B.S in Speech-Language Pathology. For the past year, she has managed inventory and shipping as well as in person sales for Invite Resources. Gabrielle is passionate about the sharing and discussion of new ideas and is proud to be a member of the Invite team. Outside of work she enjoys listening to podcasts, crochet and spending time with family. She currently lives in Dallas, Texas.

Jeff Moore has been working with the Invite team since January, 2021. He has worked in the graphic design field for more than 30 years. Jeff’s career began in 4 color drum scanning and pre-press, then progressed into design in both flexographic and offset printing. He has worked as creative director and designer in publishing for more than 12 years, earning several awards and recognitions for his designs and collaborations.

Jeff has two children. His daughter was a former student athlete and a graduate from the University of Oregon with a degree in Psychology. His son is a graduate from Austin Peay State University and is a captain in the U.S. Army. He had his first grandson February of 2021. He lives on the coast of Mississippi with his wife who works in the healthcare industry.

Outside of his work, he is an active Rotarian, is involved in his church and enjoys spending time with his family. 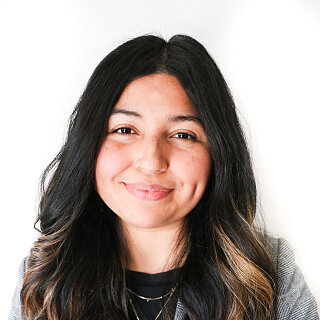 Aimee Ballard is a Video Editor with over seven years of experience working alongside non-profits and religious organizations throughout the Dallas/Ft. Worth metroplex. Aimee specializes in editing and motion graphics and is responsible for producing videos for Invite Resources. Her adaptability and knack for picking up new skills make her videos ever-evolving, bringing the latest and greatest to the Invite team. Aimee is married to Lucan and they have a son together who she stays with at home. In her free time, she likes to refinish furniture, take walks with her son, and read.