Talbot Davis was born and raised in Dallas, Texas.  As a teenager, he was the two-time Texas state champion in tennis for boys’ 18-and-under.  After graduating from high school in 1980, he attended Princeton University in Princeton, NJ, where he played varsity tennis for four years, served as team captain, and graduated with honors in English in 1984.

Talbot is a 1990 graduate of Asbury Theological Seminary in Wilmore, KY.  In 32 years of full-time United Methodist ministry in the Western North Carolina Annual Conference, he has served two appointments: Mt. Carmel-Midway (1990-1999) and Good Shepherd (1999-present). Since 1999, Good Shepherd’s average worship attendance has increased from 500 per Sunday to 2,000 per Sunday.  The church is known for its modern style of worship, ethnic and racial diversity, and radical impact projects. Prior to the Come Alive series, Talbot published six works, all with Abingdon Press: Head Scratchers, The Storm Before The Calm, The Shadow Of A Doubt, Solve, Crash Test Dummies, and Simplify The Message; Multiply The Impact.

Talbot has been married to Julie since 1984 and they have two adult children. 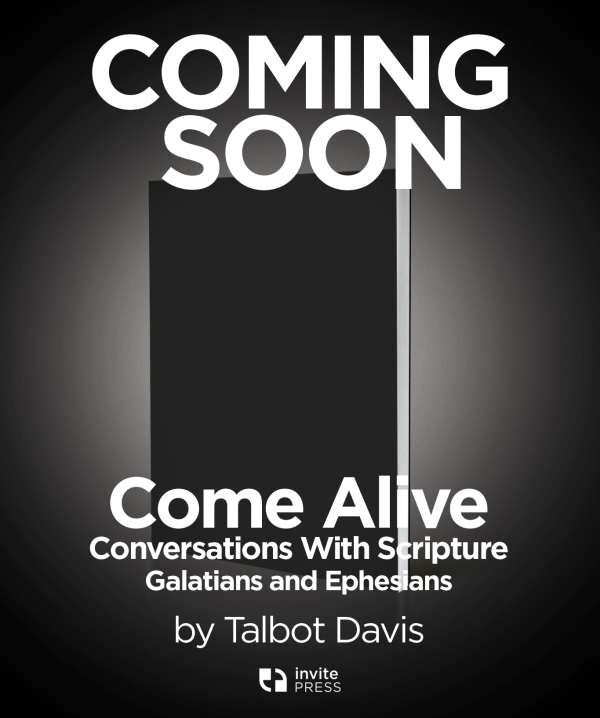 Come Alive: Conversations with Scripture is a guide through the books of the Bible,
providing cultural context and insights that bridge the gap between the world of the Bible
and our world today. Each book includes a daily reading, a daily insight and a daily
reading prompt that will help you reflect on the text and build the skills to read the Bible
for yourself with more confidence and understanding. Discover a new and unexpected
way to engage with Scripture and experience the Bible not as a distant, confusing
document, but as a living, breathing conversation between God and humanity that
continues to speak into our ever-changing world.

Galatians is unique among Paul’s letters in that he did not write it to a single church (like
the church at Rome or the church at Philippi) or to an individual (as with 1 and 2
Timothy) but to a collection of churches within the region of Galatia, a rugged area in
what is today southwestern Turkey.

The Galatians were a Gentile people who had come to faith in Christ from the
pagan religions that dotted the landscape of Asia Minor. As Gentiles, they were steeped
neither in the way of Moses nor in the customs of the synagogue. Their naivete toward
all things Hebrew became one of the great ironies of Paul’s letter and the occasion of its
writing. The Galatian drama involved several false teachers who had slipped into the
churches’ congregations and sown both confusion and discord as the Gentiles were
persuaded to accept Jewish legal requirements. In some of Paul’s most majestic
language he calls on the Galatians to accept the true gospel of grace.

Ephesians is written to the church in Ephesus - a singular congregation in a
cosmopolitan city. The city of Ephesus was located on the western coast of Turkey on
the Aegean Sea. You can visit the remaining ruins of the city on any excursion to that
region of the world. Like Galatia, the people in the Ephesian church were primarily
gentile. Their drama differed slightly from their neighbors’ in that it involved merging
Jews and Gentiles together within the same congregation. How could God make
something new and different out of two people so separate and distinct?
Filled with more of Paul’s lofty prose, Ephesians emphasizes the reconciliation
between Jews and Gentiles in Christ, and gives instructions for Christian living. 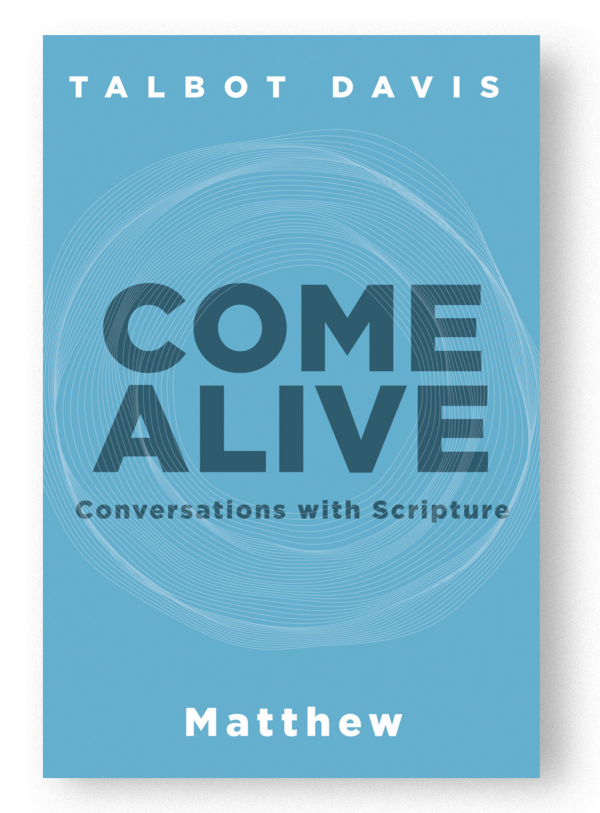 Come Alive: Conversations with Scripture is a guide through the books of the Bible, providing cultural context and insights that bridge the gap between the world of the Bible and our world today. Each book includes a daily reading, a daily insight and a daily reading prompt that will help you reflect on the text and build the skills to read the Bible for yourself with more confidence and understanding. Discover a new and unexpected way to engage with Scripture and experience the Bible not as a distant, confusing document, but as a living, breathing conversation between God and humanity that continues to speak into our ever-changing world.

Matthew betrayed his own people for money—then was called and transformed by Jesus. This Jewish tax collector, who worked for the oppressor Romans, gives a detailed account of the life of Jesus through the lens of Jewish history and prophecy. More than any other Gospel writer, Matthew documents the actual words of Jesus and connects everything Jesus said and did to the promises about the Messiah. Through this interactive guide through the book of Matthew, you will gain a new appreciation for both Matthew’s literary genius and how he invites you into the unfolding story of God and humanity. 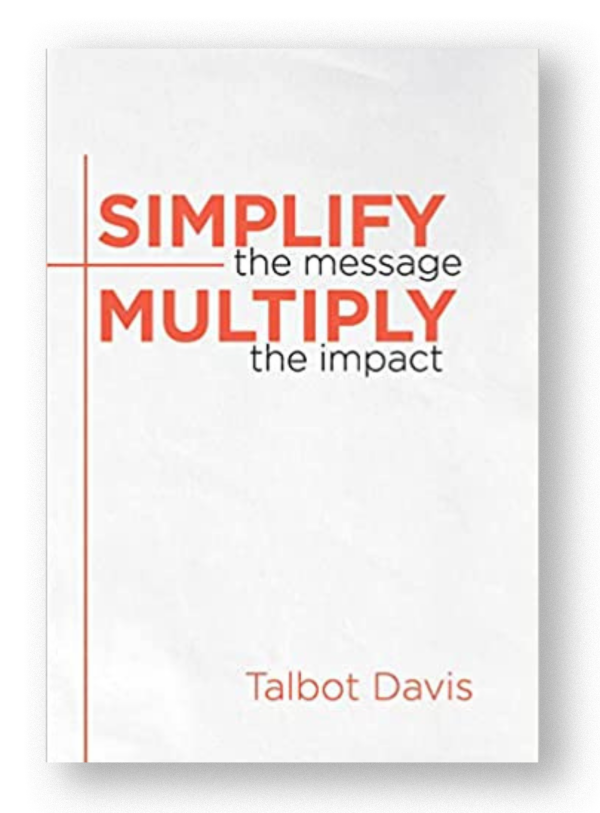 Simplify the Message, Multiply the Impact

Simplify the Message: Multiply the Impact is designed to help preachers break through the noise of culture and the cauldron of church to deliver sermons with clarity, passion, and boldness. This book meets the needs of two cohorts in particular: 1) young preachers developing their skills who need structure, a process, and hope, and 2) more seasoned preachers who may have “settled” needing tools to invigorate their preparation and inspire their delivery.

Paul told the Corinthians: “When I came to you, brothers and sisters, I didn’t come preaching God’s secrets to you like I was an expert in speech or wisdom. I had made up my mind not to think about anything while I was with you except Jesus Christ, and to preach him as crucified.” (I Corinthians 2:1-2, CEB)

Author Talbot Davis shares the insights and habits that will empower the reader’s preaching and teaching to be:

Both creative and disciplined;
Both carefully prepared and thoroughly spontaneous; and
Both rooted in history and connected to modernity.


Simple is the opposite of simplistic. Sermons with clear & unmistakable focus are best able to plumb the depths not only of Gospel beauty but of the hearers’ lives. 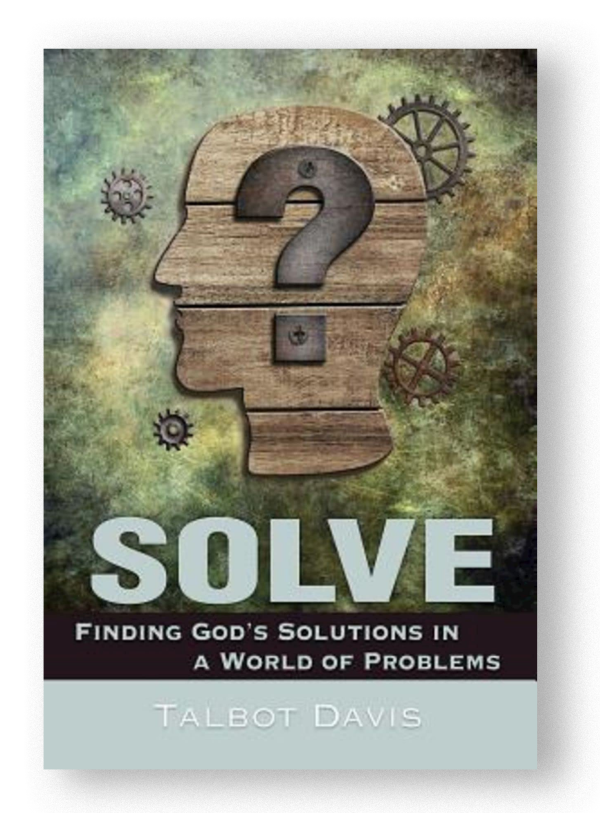 Finding God's Solutions in a World of Problems

Many people are good at pointing out problems. What if God’s people were among the few who are good at finding solutions? How would our world and our lives be different? This five-week study focuses on the person of Nehemiah in the Bible, who faced the difficult work of rebuilding the wall of Jerusalem after his people returned from exile. Confronted with this complicated task and the many dilemmas that came with it, Nehemiah chose not to dwell on his problems or to pursue his own answers. Instead, he sought God’s solutions, following God’s lead and trusting God’s purposes. God’s people today are called to do the same. In each chapter, Talbot Davis shows how Nehemiah’s experiences mirror the problems we face, as individuals and as a society. As you read this book, you will hear God’s call to be someone who finds solutions. You will see how you can follow in Nehemiah’s footsteps, building up your life and the world around you. You will be challenged not to focus on problems, but to seek God’s solutions and how you can help bring them about.

This book is based on a sermon series Talbot Davis delivered at Good Shepherd United Methodist Church. Each chapter includes questions for reflection and discussion, a practical focus for the week, a closing prayer, and daily scripture passages to guide personal reading throughout the week. 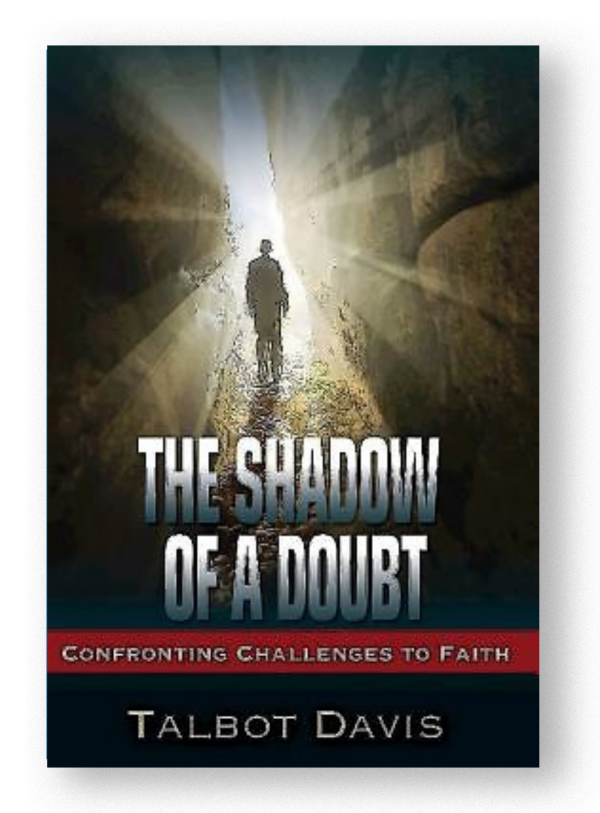 The Shadow of a Doubt

We all have doubts. Throughout this five-week study, Davis invites you to acknowledge and confront your doubts about your Christian faith. Each chapter focuses on a different biblical story that illustrates a key insight into doubt and its effects on our faith. By bringing our doubts out of the shadows and into the light, we have an opportunity to experience an authentic faith seeking understanding.

Discussion questions at the end of each chapter are designed to help leaders of small groups. Also available when purchasing the book is access to a free video trailer and an audio recording of the author's sermons as another way to experience the weekly message. 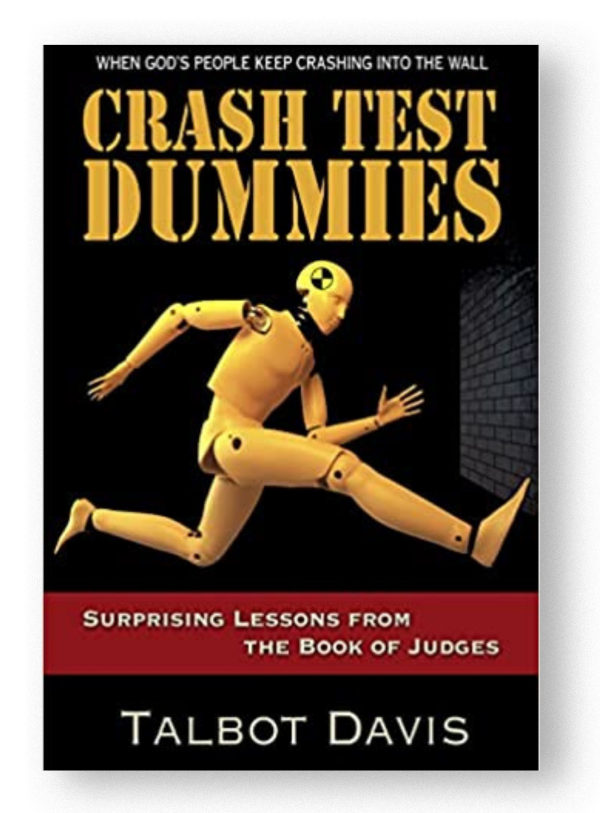 Surprising Lessons from the Book of Judges

You've seen them, haven't you? They ride in the front seats of expensive cars and drive headlong into a brick wall. And then they do it again. And again. They're crash test dummies. Why do they keep doing the same dumb thing over and over again? Or maybe a better question is, why do we?

In this six-week study on the Book of Judges, author Talbot Davis explores the stories of the judges from the perspective of the Israelite' repeated failure to be faithful to God alone. Through his creative, quirky angle on the book, Davis highlights how the Israelites in Judges made the same mistake of apostasy over and over again. Each time God delivered them, they eventually fell back into the predictable, tragic pattern.

As he explores each judge's story, Davis invites readers to consider the shape that patterns of sin take in our lives, and how God seeks to free us from them and empower us for faithful living. Readers will come to know the Book of Judges and its central characters more deeply, and they will come to appreciate this biblical book as a source of wisdom for living well.

Discussion questions and a practical focus for each week will also accompany each chapter. 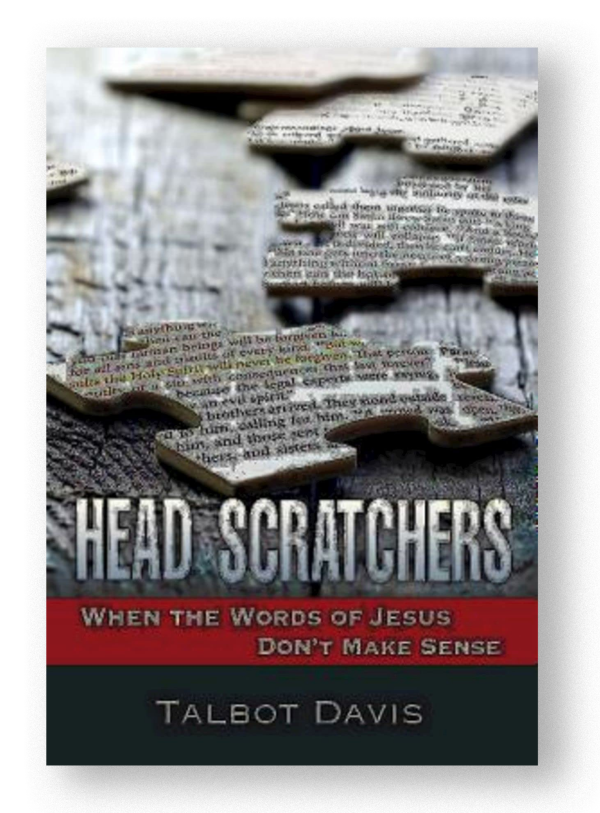 When the Words of Jesus Don't Make Sense

The focus of this five-week study is on some of Jesus’ difficult sayings that readers of the Gospels find perplexing or offensive. Each session, Davis examines a different statement or brief teaching from Jesus, offering biblical and other relevant background to help illuminate the passage in question. The message in each chapter goes beyond information and clarifying background. Davis’s goal is not only to help readers understand the passage, but to take it to heart and embrace a new way of life as a result. He starts with a piece of scripture that many struggle to make sense of, and opens it to reveal a challenging, hopeful word that manifests the Gospel’s transformative power. Discussion questions at the end of each chapter are designed to help leaders of small groups. Also available when purchasing the book is access to a free video trailer and an audio recording of the author's sermons as another way to experience the weekly message.