​A respected preacher with the ability to preach and speak in diverse contexts, Rev. Johnson seeks to find new, relevant ways to communicate across racial, educational, cultural, and generational boundaries. His personal passions include prayer, worship, community building (from small groups to geographical areas), evangelism, cultivating the arts in the local church, cultivating academic & intellectual inquiry in the local church, and practicing radical hospitality towards marginalized and alienated groups.

Robert has been the pastor of Saint Mark United Methodist Church since August 1, 2016. Rev. Johnson resides in Wichita, KS, and is married to Linda Y. Johnson, a financial manager with Shell Oil. They have two daughters, Giselle and Kayla.

Rev. Johnson received his undergraduate degree in psychology, with a minor in philosophy and religion, at the University of Southern Mississippi, in Hattiesburg, MS. While attending USM, he joined Alpha Phi Alpha fraternity, Inc., the nation’s oldest Black Greek organization.  During his undergraduate studies, Rev. Johnson joined the United Methodist Church, and began the ministry candidacy process at St. Paul UMC in Laurel, MS, where he also served as student intern during his final two years of undergraduate studies.

In June, 1993, while still a full-time student at Perkins School of Theology in Dallas, TX, Rev. Johnson began as the full-time pastor of Disciples UMC in Houston, TX, a small, dying congregation that had been undergoing a racial transition consistent with the changes in the racial demographic of the surrounding community.  Under Rev. Johnson’s 3-year leadership, one of which was served simultaneous to his serving as the full time Director of the Wesley Foundation at Texas Southern University.

Prior to his present position, Rev. Johnson was pastor of Aldersgate United Methodist Church, predominantly Anglo congregation in College Station, TX, where, in just 1.5 years, he helped the church experience a turnaround from years of decline in membership and attendance. The turnaround was marked by a burst of growth in the presence of young adults and young families.  Several young adults embraced their call into the ministry candidacy process while serving under Pastor Johnson’s leadership.  Already a diverse congregation before Pastor Johnson’s arrival, Aldersgate continued to evolved into becoming one of the most racially and economically diverse congregations in the United Methodist Church.

Rev. Johnson served two terms on the Texas Conference Board of Ordained Ministry, was trained in the Discipleship Ministries’ Path1 Coaching curriculum, and served as consulting editor of Abingdon’s New Interpreter’s Bible Dictionary.  He has served as a mentor to boys in the Alief School District of Houston, TX, and served for 5 years as an instructor in the Texas Conference’s Local Pastor’s School. 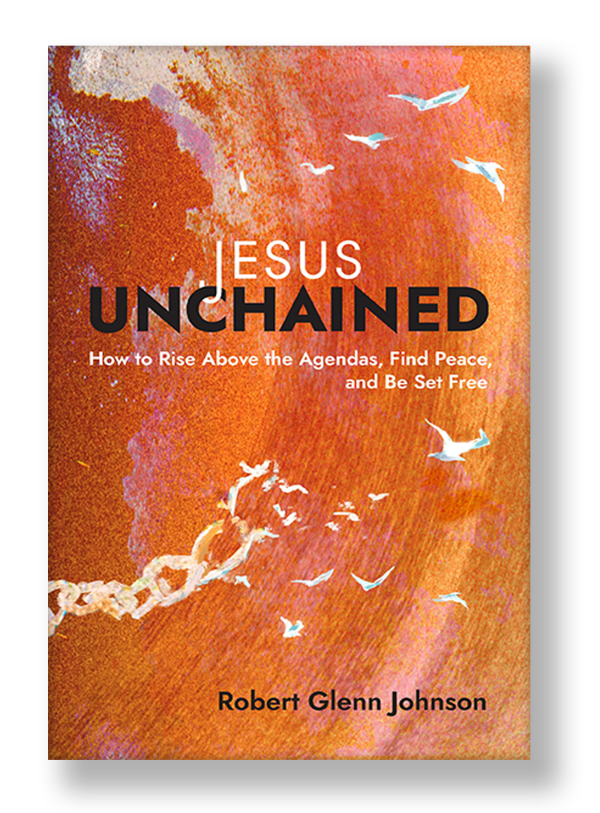 How to Rise Above the Agendas, Find Peace, and Be Set Free

Jesus Unchained is a book about Jesus – as a man and as God, in his culture and context – that challenges us to stop making an idol out of Jesus and gives us a fuller picture of who he really is. As we learn from different perspectives and communities while reflecting on our own, Jesus Unchained will point us back to the true Jesus and inspire a faith that transcends politics, religion, and even our deepest questions about God.

This book is for those on the margins, who want to know if Jesus really offers good news for them. It’s for those asking deep questions about faith or having their faith challenged by life. It’s for the people trying to navigate the political and cultural moment we’re living in and wondering if Jesus can still unite us. It’s for anyone trying to find hope in the chaos, freedom from broken systems, and a new way of bringing love and justice into the world.