Have you ever gotten in something and discovered that it was almost impossible to get out? For example, ever been stuck in quicksand? Car stuck in a ditch? You’re in it and the possibility of getting out of it seems almost beyond the realm of possibility? You’ve made a decision, you’ve started a process, you’ve uttered a phrase, you made a turn and there you are? In it? And most of the time, admit it, getting into something is more your own doing . . . you’re not exactly an innocent bystander but you’re an active participant?

Like the kid in school who was in a bit of trouble and the teacher pointed a ruler at him and declared, “The person at the end of this ruler is acting like a fool.” And the student asks back, “Which end?” And all of a sudden he was IN IT.
You’ve done that. Said the wrong thing to the wrong teacher at the wrong time. Alienated the wrong person at work. Got caught with the wrong . . . medicine! . . . in your pocket or in your glove compartment. Got caught with the wrong
“friends” on your computer or mobile device. Found yourself with some thoughts that are dangerously self-destructive.

Maybe you’ve wondered that same thing, today. You just found out you’re pregnant. Or she is. You just got an eviction notice. You just found out your mate filed for divorce. And maybe you’re even like the guy who got in an inappropriate relationship and when it all came out he told me, “I just kept praying for a way to get out of it.” My answer was: “you likely didn’t pray your way into it, did you?”

Because that’s what we want, right? We’re in a fix, stuck in a jam, and we want to get OUT OF IT. Truthfully, that’s when many of us get the most religious! It’s when we GET RELIGION! And fast! We weren’t all that faithful before the
crisis hit but then when it does so often we sense the voice of God prompting us: “This is where you got without me; how about turning to me now? And fast?” And one of those places we turn to get fast religion is Proverbs 3:5-6, which goes like this:

Trust in the Lord with all your heart and lean not on your own understanding.

Think of him in all your ways and he will make your paths straight.

Now: these are the first bible verses I ever memorized. I was a brand new Christian, my sister gave it to me and for me, like a whole lot of other people (maybe you), it clicked. Some of you learned it on your own. Others learned it
Vacation Bible School. Some of you even sang some version of it. And you read it, motion it, memorize it, love it, and it seems like a great couple of verses to use in getting out of what you’ve gotten into. Crisis hits, problems happen, trust in the Lord with you all your heart and BAM! Deliverance.

Of course, the problem with all that is that it is a mis-reading and more critically a mis-application of Proverbs 3:5-6. It’s not about fast religion. It’s about slow faith. It’s not meant to help you deal with a crisis. It’s all about preventing
them. It’s not designed to be used like a trick play in football, where you have it in your hip pocket and then bring it out as a miracle when the chips are down to rescue you. It is instead designed to be used in the calm, when you’re not in a jam or a fix; it’s a strategic decision that says, “I am ordering my life based on his truths and wisdom and principles and not what I can figure out.” Why do I say that? Because of that phrase “lean not on your own understanding.” See, your own understanding fundamentally misunderstands how life really works. Your
own understanding is clouded by sin, self-deception, and an unparalleled ability to rationalize every wrong thing you do and every bone-headed plan you have. Get this: your understanding of how life works is likely what got you in a fix to begin with!

And then that phrase he will make your paths straight. He won’t make the path easy. Just straight. But get this: it’s not your path. It’s his. His path has already been cleared. He invites all of us regardless of age or even length of faith
to align with the decisions and directions he’s already made. Because the writers of Scripture almost never ask for your agreement before they expect your allegiance. God doesn’t need to MAKE A WAY for us out of a jam because he’s already MADE A WAY that if we simply followed it never would have landed us there to begin with!

A few years ago I preached a sermon series on Proverbs. The title? Not Rescue. Not Get Me Out Of This. I called it Preventology. I made up a word because I have this crazy yet persistent dream that the people of Good Shepherd
would not need so much help getting OUT of crisis because you got in fewer of them to begin with. That they’d realize God is less about crisis intervention and more about crisis prevention. That they’d live drama free and regret free. That MY JOB WOULD BECOME UNNECESSARY! Because regardless of your age or stage in life – and especially as many of you are headed for educational transitions in the coming month – here’s what Proverbs 3:5-6 is REALLY teaching us: You never have to get out of what you didn’t get into.

Yes! Trusting God is not about rescue. It’s about prevention. It’s not done in a panic. It’s part of a plan. It’s not a prayer. It’s a lifestyle. A decision made, in advance, when things are calm, that says, “This is who I am and what I’m about. He knows what is best for me way better than I do and so I’m going to line my life up with his word. I’m going to follow even where I don’t agree or even if I don’t fully understand.” And the glorious result is fewer crises! Less careening from one broken relationship to another, from one blow up to another, from one meltdown to another.

You never have to get out of what you didn’t get into. 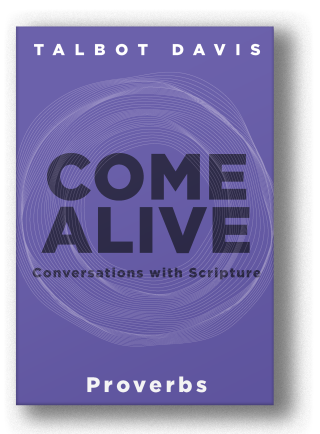