Scott Jones currently serves as the resident bishop of the Texas Annual Conference of The United Methodist Church with an office in Houston.

Jones was born in 1954 in Nashville, Tennessee, and was raised in Tennessee, Illinois, Indiana, and Colorado. He received degrees from the University of Kansas (B.A. in Philosophy), Perkins School of Theology of Southern Methodist University (Master of Theology), and Southern Methodist University (Ph.D. in Religious Studies). Jones’ dissertation research was focused on Wesley Studies and the History of Biblical Interpretation.

He was ordained deacon in the Kansas East Annual Conference and elder in the North Texas Annual Conference. From 1986 to 1997 he served as pastor of three congregations in North Texas. In 2003-2004 he served as interim pastor at Stonebridge UMC in McKinney, Texas. From 1997 to 2004 he served on the faculty of Perkins School of Theology, Southern Methodist University in Dallas, Texas. In 2004 he was elected a bishop by the South Central Jurisdictional Conference and assigned to serve as the resident bishop of the Kansas Area as of September 1, 2004. In 2012 the Nebraska Conference was added to his area and he led the creation of the Great Plains Conference which included the UMC congregations of both states. Beginning September 1, 2016, he serves as resident bishop of the Texas Annual Conference. He also serves as bishop of the United Methodist missions in Laos and Thailand.

Jones currently serves as chairperson of the denomination’s Committee on Faith and Order. He also serves on the Board of Trustees for Southern Methodist University, the Texas Methodist Foundation, and Houston Methodist Hospital.

His books include: The Once and Future Wesleyan Movement (2016), Ask: Faith Questions in a Skeptical Age (with Arthur Jones, 2015), The Wesleyan Way: A Faith that Matters (2013), The Future of the United Methodist Church (edited with Bruce Ough, 2010), Staying At the Table: A Gift of Unity For United Methodists (2008), Evangelistic Love of God and Neighbor: A Theology of Discipleship and Witness (2003), and United Methodist Doctrine: The Extreme Center (2002), all from Abingdon Press. Other books he has written include John Wesley’s Conception and Use of Scripture and Gathered Into One: The World Methodist Conference Speaks. He was co-author of Wesley and the Quadrilateral: Renewing the Conversation.

Bishop Scott is married to Mary Lou Reece, who is president of Reece Construction Company. They have three children. 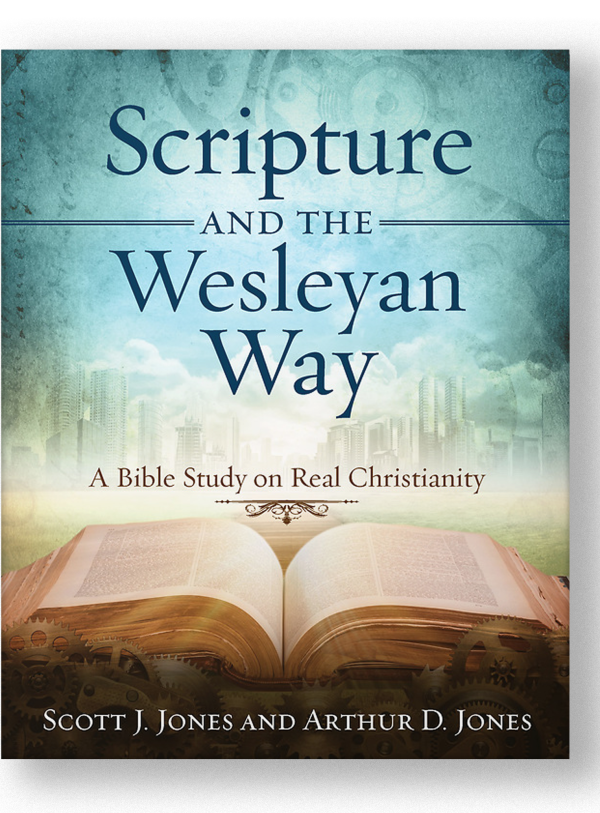 Scripture and the Wesleyan Way

A Bible Study on Real Christianity

In this study, authors Scott and Arthur Jones use John Wesley’s sermons to illuminate the Bible passages at the heart of Wesley’s understanding of what it means to be a real Christian. Each chapter explores a key Scripture text and one of Wesley’s sermons on it. Through their insightful and engaging study, Bishop Jones and his son Arthur show how the teachings of Wesley address questions that many of us in the twenty-first century still struggle with today.

Additional components for an eight-week study include a DVD featuring Scott and Arthur Jones and a comprehensive Leader Guide.

John Wesley discovered a challenging yet hopeful message in the Bible, which profoundly shaped his personal life and the Methodist movement he founded. As you study the Bible with John Wesley, you will hear his call to live a real Christian life and be inspired to respond to this call with faith and boldness. 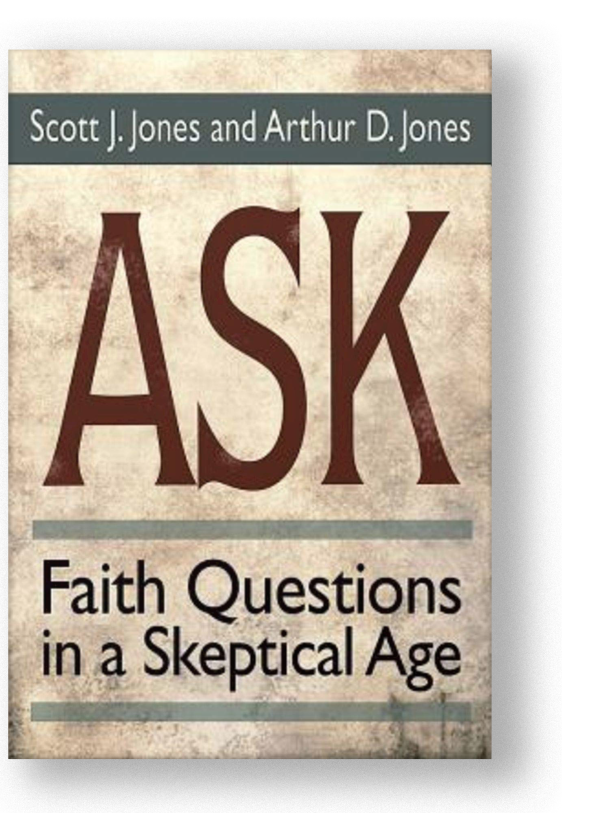 Faith Questions In A Skeptical Age

We live in a skeptical age. People—especially young people—express doubts about Christian faith. In this thoughtful eight week study Bishop Scott Jones, author of The Wesleyan Way, partners with his son Rev. Arthur Jones, to address hard questions that all of us face when considering faith, religion, and the church. The questions include:

Can only one religion be true?
Why is there suffering and evil?
How can I believe in science and creation?
How can I believe in a God I can’t prove?
Can I trust the Old Testament?
Are marriage, sex, and family life religious issues?
Was Jesus' resurrection real?
Why do Christians disagree about so many things?

The message is strong and clear: Don't let your questions stop you from accepting God's invitation to faith. Engage your doubt, and you may find you are closer to God on the other side.