Jorge Acevedo loves Jesus Christ and his Church. Touched by the grace of God at seventeen, he was never the same. Rescued from a life of addictions, his greatest delight is connecting people to Jesus and the Church.

Jorge is a 1984 graduate of Asbury College where he received a Bachelor of Arts Degree majoring in Bible. He is also a graduate of Asbury Theological Seminary with a Master of Divinity Degree. Jorge was ordained as a Deacon in the Florida Conference of the United Methodist Church in May 1986, and an Elder in May 1990.

Jorge was the 2001 recipient of the Denman Evangelism Award from the Florida Annual Conference of the United Methodist Church given to a pastor for excellence in evangelism. In 2007, He was named the Distinguished Alumni of the Year at Asbury Theological Seminary. In 2009, the Foundation for Evangelism named Jorge the 2009 Distinguished Evangelist of the United Methodist Church. He was a 1996, 2000, 2004, 2008 and 2012 delegate to the Jurisdictional Conference and a 2000, 2004, 2008 and 2012 delegate to the General Conference. Jorge serves on the Southeastern Jurisdiction and Florida Conference Episcopal Committees.

Jorge co-authored Sent: Giving the Gift of Hope at Christmas. He also authored Vital: Churches Changing Communities and the World and co-authored The Heart of Youth Ministry. He has also written for the United Methodist Publishing House, Circuit Rider magazine, Good News magazine and Our Faith Today.

Born in Puerto Rico, Jorge at the age of four months, moved with his family to the United States where he was raised. Jorge is married to Cheryl Montgomery. Their oldest son, Daniel is married to Courtney who gave them four beautiful grandchildren, Mia, Levi, Seth and Zoe. They also have a younger son, Nathan. 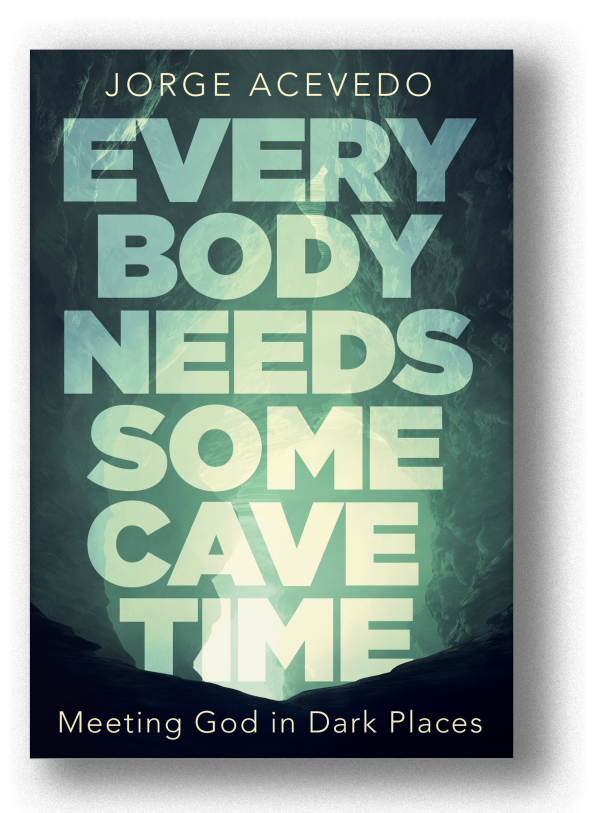 Everybody Needs Some Cave Time

Life is unpredictable, messy, and hard – and most of us are ill-equipped to deal with the difficult seasons of life. We live in denial and avoid our emotions, turn to addictions and compulsions to numb the pain, or try to white knuckle our way through it (because we think that’s what “good Christians” do). But the truth is that the only way out of pain is through it. We have to walk into the caves of life – the painful experiences and emotions that are part of being human – because when we do, we find that God wants to meet us there. In Everybody Needs Some Cave Time, pastor Jorge Acevedo explores with unbridled honesty the “caves” we all experience in life – anger, fear, depression, temptation, grief, hopelessness, and death – and the way that these caves can be a surprising place where we find hope, redemption, and space to be with God. Weaving together powerful anecdotes from people in Scripture; personal stories of addiction, recovery, loss, and healing; and a wise faith that has withstood the ups and downs of life, Acevedo connects us to our own humanity and the humanity of Jesus who invites us into the cave of resurrection where we can find new life. Everybody Needs Some Cave Time will help you embrace the messiness of life, live in the tension of pain and joy, and discover how God can form your character even in dark seasons. Without denying, dismissing, or avoiding pain, you will learn how to use it to develop more capacity for hope and a spiritual resilience that will transform you into the person you were created to be.